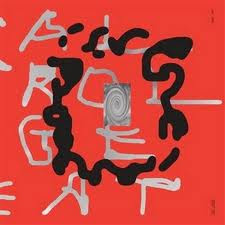 Everybody was talking about Total Control from the moment they appeared a couple of years back. It’s impossible to talk about the group without mentioning their musical lineages, and in mentioning their pedigrees it becomes obvious why the buzz surrounding them resonated and morphed into a storm. With their debut Henge Beat out last year and recently back from a national tour of the US with San Francisco firebrands Thee Oh Sees (and an ATP appearance at the invitation of Les Savy Fav), the band have paddled into this wave of interest and are well and truly up and riding.

Now comprising members of almost every corner of Melbourne’s guitar music royalty, Total Control began as a collaboration between Mikey Young (Eddy Current Suppression Ring, Ooga Boogas, Brain Children) on guitars/keys and Dan Stewart (Straightjacket Nation, UV Race) on vocals, but expanded into a five-piece with Alistair Montfort (UV Race, Lower Plenty, Dick Diver) playing additional guitars, noted photographer Zephyr Pavey on bass and James Vinciguerra (The Collapse, AIDS) rounding out on drums. Listening to Henge Beat, there’s far more driving kosmische-inspired space jams than jabbing punk or garage, and you quickly realise you’re not going down any path well trodden by any of the conspirators’ groupings thus far. Still, elements of all of the band member’s musical histories shine through – you couldn’t get a more recognisable bunch of players (at least the front three) together in this town if you tried – but Henge Beat is entering into bold new territory and the record rendered any hype surrounding the band well-informed and justified.

Being who they are, there is always the risk that a step away from a more signature sound may equate to a step away from audience. Stewart doesn’t see it that way, however, and seems slightly irritated by the suggestion that they bring an air of expectation, and even a ready-made audience, through the chops of the members. “I guess in a lot of ways we try to... we personally try to avoid the ex-member thing in regards to pushing the band to play shows and stuff,” he offers apprehensively. “Generally a lot of people that like the other bands, especially Eddy Current, will come watch and that’s kind of unavoidable.

“I haven’t really thought about it that much, would be the most polite way to answer. If I had to guess, I’d probably say that we’re playing to a similar audience. We approach music – with all our bands, and the bands that are kind of peripheral to us but are trying to do the same thing – with the same kind of ideal, which is kinda trying to avoid the trappings of just the way music is in 2012. We’re trying to avoid giving people something that’s insulting I guess. I feel like a lot of music and the way it’s presented to people is a bit insulting to their basic intelligence. I think a lot of the bands that come around, even bands that base themselves on delivering real primal idiotic music like UV Race, I think there’s something very honest and direct about it.”

In terms of sonic directives, Total Control, growing in numbers the way the band did, managed to incorporate the swelling size into the sound and deliver something larger and more challenging to their listeners. Stewart informs that while the parameters were far from laid out on the table, there were some specific pools of inspiration. “Before the LP it wasn’t really a band it was just songs that we were writing together,” he continues, “but the LP was definitely when the band came together. At that point we kinda knew what we were doing; we just took a lead from the songs we’d written around the early singles. We wanted to use synths and use electronics in the songs... We definitely talked about some other bands – we talked about The Screamers, Adolescents and Swell Maps – but apart from that, we just started playing and writing songs with the band. We didn’t really talk about what we were bringing to it. Some of the songs we’d been working on for a long time, so it was exciting to see it come together. Because it was such a gradual process – everything else that I’d done was like over one weekend, like it was direct and then it was done – this was over a month or something, it was weird.”

From there, the invitation to tour in the USA with Thee Oh Sees and a further opportunity at ATP opened up. The band pushed further to get a split eight-track out for the US tour and here they’ve managed to change it up again. The split opens with some moody guitar drudgery, more indicative of goth-centric ‘80s gloom pop than the pulsing kosmische of their album. The remaining three tracks draw similarities to some of the Henge Beat material, but you get the impression of a band pushing harder than most. “[The] split with Thee Oh Sees, that was songs that we put together at practice,” Stewart continues. “Mikey had demoed one of them, Al had demoed one and one of them we kind of put together on the spot from a song Al had written. This was far more a band-type thing. We were just kind of jamming at a rehearsal studio and playing them until they sounded right. They’re a lot more abrupt than the other ones because they were written more on the spot and to a time schedule, ‘cause we wanted to get them out in time for the tour. They definitely have a more raw kind of punk energy, whereas the LP songs had been planned for a while.”

Thee Oh Sees’ tour was a real opportunity for Total Control to expose themselves (now, now) to US audiences with an established name ensuring crowds will turn out. For Total Control, many of whom have travelled in the States with their lesser-known outfits and lived the grind of turning up to empty rooms in strange towns, this represented a chance to prove their worth on the ultimate touring stage. “As far as presenting music with total confidence and really making each song burst, [Thee Oh Sees] kill it every time I’ve seen them play,” Stewart continues. “When you play shows with a band like that, you’ve really gotta work a lot harder and that’s what I really love about touring is the work side of it. Like every night for five weeks or so, I just love that feeling that every night you’ve just gotta work a bit harder than the night before. Not only are you tired and the accumulated driving is getting to ya, but you’re with this other band that are pretty well seasoned and they know what they’re doing. They’re gonna be like that guy at work that will see ya every time you’re slowing down and you know you better get your shit together, you’d better work that extra bit harder. It’s good to have that person around.”

Really dig this band and love that some of the dudes also play in Dick Diver! Love it