La Bastard are this band that’ve seemingly sprung up from nowhere and started gigging their way into the collective consciousness of the live music-going public. They moosh together rockabilly, soul, spaghetti western and garagey sounds and create what could be described as dancey surf pop, but it’s about something more than the tunes alone. Each band member brings their own je ne se quois to the stage and through a swelling culture of one-up-man-ship, their shows are becoming known for the unhinged-ness of performance.

Turns out La Bastard as a concept had been germinating for a while before they found themselves playing their first show about a year ago. There’s every chance they may’ve found their feet a lot earlier, had it not been for a slight misunderstanding and an overserve of funk. “I was in a band when I was only 15 with one of my oldest friends in Bendigo,” says singer Anna Lienhop. “Funnily enough,” chimes in guitarist Ben Murphy in the first of many interruptions during the course of the interview, “when we were about 17 and Anna was playing in this band, Sugarfiend, with her friend – kind of like Bikini Kill meets L7.” Lienhop adds, “And Veruca Salt. It was an all girl band.”

Murphy continues: “There was this battle of the bands competition in Daylesford and my brother Josh had a band who were playing and these girls were as well. Anyway, they beat my brother’s band.” And the prize? “We got to support Bodyjar,” Lienhop says.

The two met at the Daylesford show but weren’t to meet again for about six years. Both working at JB Hi-Fi, Murphy recognised Lienhop from the Daylesford show and had an accusation to level. “What had happened at that gig,” he explains, “was that my brother had taken all his pedals and leads and stuff and kept it in the storage area on the back of the truck and they’d been stolen by another band. I think my brother always suspected that these girls had taken them.” Lienhop clarifies: “I think it was the really shitty pop-punk band.”

From there they got together and jammed out some funk tunes but something wasn’t working. Lienhop opines that it may’ve been a lack of horns. “I have to say,” says Murphy, picking up the conversation, “it was probably my fault because I was bringing too many funk standards. Too much funk.”

They gave it away but an epiphany, of sorts, was to occur soon after at a Six Foot Hick show. “We were watching this band,” says Murphy. “We won’t name them,” adds Lienhop. “They were a support band for Six Foot Hick,” Murphy continues, “and they kind of had this swampy, garage, psychobilly kind of thing. They looked really cool and had really cool clothes on and had the right gear and the right kind of amps but they just kinda sucked. I think I said to Anna ‘it annoys me that you can just try to be a southern rock or garage rock or rockabilly band and just because you have good aesthetic you can get good support’.”

“We were just standing at the back of the room bitching about how we could do this so much better,” Lienhop says. “When we were watching that band no one was dancing, everyone was just kind of standing there. When Six Foot Hick came on, it was amazing. They kind of barrelled through the crowd and it was very interactive, so that was one of the things we tried to take from that.” They will bring some crazy shit to the Retreat this Friday. So if playing on top of bars and tables, crowd on stage, pillow fights, crowd surfing, and witnessing bassist Jimi Edwards’ lying down circle-walk while playing bass sounds like your cup of tea... You really should try and catch the show.

Posted by Samson at 8:04 PM No comments: 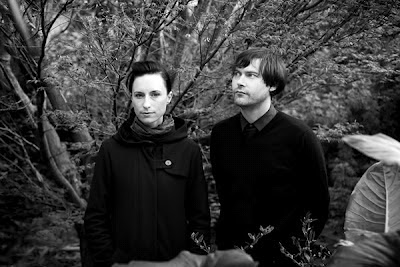 Listening to Orbweavers is a mixed experience. Their tunes snatch light into darkness, turning what sometimes could, if treated differently, be rendered bright and light pop tunes into soft but quietly snarling beasts. Their mid-tempos create an urgency to the songs that defies the delicacy of instrumentation, yet complements the oftentimes bleak lyrical content, which explores our fragile human-ness and the inevitability of death. Listening to Orbweavers is indeed a mixed experience, but their investigation of darkness in light ensures their music is enriching.

Orbweavers’ second album Loom was released late last year. A concept album of sorts, the thing lingers around the factories and ex-industrial zones of Melbourne’s inner-suburbs. It’s a record that instils the feeling of Melbourne; it somehow captures the essence of what it is to stroll the bike paths and waterways on a cool winter’s eve. “I’m so glad that you have that feeling and a connection to the songs and places,” says singer/multi-instrumentalist Marita Dyson when I suggest many of the tracks on Loom create a minds-eye view of the Melbourne I know and love. “That’s not something that we consciously set out to do. We did want to write an album where the songs related to one another in some way. Maybe also with this album, we were writing songs that were about our lives and the environment around us because we were spending so much time in it.”

It’s the time spent in this city’s urban natural environments that lend Dyson and her Orbweavers’ songwriting partner Stuart Flanagan their thematic content, but equally it’s their method of exploration, on foot, that helps generate the rhythms. “I think a lot of songs, we write at a walking pace because we’re just walking through the streets,” Dyson continues. “When you’re walking, I imagine other people feel like this, you take in everything around you and there’s a certain pace and rhythm and so images and ideas fall into place. The Melbourne feeling of the songs maybe just comes from being in those environments, and the songs are just a response to those environments. They’re written in Melbourne thinking about Melbourne.”

An area of Melbourne that features on the record is the Merri Creek. The stretch of waterway runs from Wallan in the north and covers 70-odd kilometres to Dights Falls. The creek shares this conflict of darkness and light. Culturally significant for the Wurundjeri People, the creek was wrecked by the industrialisation of the city’s inner-north and to this day remains one of, if not the most polluted waterways in Victoria. Yet walking the banks there are many beautiful stretches of regenerating bush – there have even been platypus sightings in the northern reaches of the creek – it is, in a way, a symbol of healing. “Merri Creek is a very special place that I didn’t know about until we moved into that area,” says Dyson. “I didn’t know there were so many creeks in Melbourne until I read a book about waterways in Melbourne... So much is hidden by buildings and development and the only way to find some things is by stumbling upon them and even walking into them. Even the first few times I went to the creek, I wasn’t really sure what I felt about it. But then the more time I spent there I became really obsessed about finding new things. Whenever I’d go down there and find a new area I’d go ‘cool, I’ll have to come back to this bend or up a random path for a look’.”

Given the Melbourne-ness of the Loom material, it’s unsurprising community radio were quick to latch on to the recording – Triple R even granting the release Album Of The Week honours in October last year. “I felt like I was walking on a cloud to find out it was album of the week,” Dyson continues. “The making of the record is so internal and we spent a lot of time listening to it before it was released and... you bring it out into the world, there’s this feeling of not knowing how people will react to it. All the emotions that I felt during the making of the record can kind of make you, at the end of it, unsure what people will make of the recording. So it’s very heartening and very humbling when people react well to what’s been made. It makes me feel like I’m a child again, the happiness.”

The band also played a show in the station’s performance space. Part of the Cry Baby Sessions, they played a matinee show where parents and children were encouraged to attend. It could seem an odd combination due to the heavy content of many of Orbweavers’ songs. Dyson contests that the open-mindedness of children allows them to transcend any one element of a song or a performance and uncritically respond in an open and honest way. “Some of my friends who have children have told me that they sometimes find the record relaxing for getting their children ready for bed,” she continues. “It’s not that the content’s very soothing either, or the imagery.

“It was amazing to see children tapping along with pencils. Some of them were sitting really attentively and others were kind of climbing around and others were colouring in pictures. I really love children, I don’t have any of my own, but when I see them I’m inspired because they just don’t have any, not agenda, but they’re just very open and responsive to the world around them – I always find them very cheering.”

When asked how she now feels about Loom, having been granted a few months to breathe on the release, Dyson, in typically considered style, again draws comparison to the natural world. “When I hear it now I keep returning to that time,” she says, “which was last year during winter. Some of the songs aren’t that dark, but maybe have this undercurrent of, not sadness but... I just feel in my daily life this transience of life and I will die at some point and every day is just a strange experience and a strange moment to be alive and to know that I’ll die. Maybe that feeling might be a layer underneath everything. It’s not that I feel scared or worried about dying, it’s just something that’s there, in the environment as well in plants and animals and just the experience of life. It’s always there, this feeling that time’s passing and it’s not going backwards, it’s just going forwards and on. I don’t mean it in a heavy way. I’m looking at some pine needles that have fallen from a tree and they’ve dried out and reminding me of time passing.”

Posted by Samson at 8:02 PM No comments: