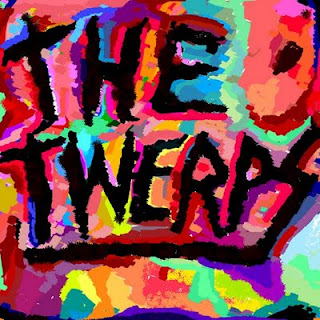 The Twerps, Scott and Charlene’s Wedding @ the Empress

There’s something about Scott and Charlene’s Wedding’s sound that drags you back to the addled early eighties. It’s as if each song opens with up-beat optimism but steadily descends into hopelessness—occasionally madness. Their tunes are real, they’re immediate, and they’re desolate; yet simultaneously rocking. The angles are obtuse, the guitars are almost deliberately wrong footed, the vocals grate; but the combination excites. With Jarrod Quarrel’s contributions to both S&C’sW and St Helens, it’s difficult not to draw comparisons between the bands. His influence on the bass in this incarnation, though, lends weight to an enticing but determinedly flat sound and is well worth a listen in itself.
Last year the Twerps surprised with a far poppier sound than I would’ve expected. In the intervening months their growth as a unit has been astounding to this point. They strum and thump out surf licks without breaking a sweat, then push on through to barraging guitar walls and delicate balladry with ease. I tend to reject the ‘geek-rock’ label they’ve been granted; there’s something so fine-tuned-cool about these kids that no matter the levels of self-deprecation, confidence oozes from their very beings.
Central to any band’s progression is the ability and nerve to bust out the new material at the risk of ticking off a growing fan base. We’ve seen it with Eddy Current Suppression Ring’s rapid ascent and equally the Drones’—the implementation of fresh writing has been crucial to the continuing freshness of sound. Despite the Twerps’ obvious disappointment over Friday night’s performance, they should take heart from the fact that the packed room stayed firm and that any imperfections in their set were barely perceived by most. Truth be told, the Twerps’ songs are instantly recognisable after as little as one listen—surely to test the shiny new stuff is worth a punt and will be worth the pay off next time.
The biggest threat the Twerps are facing right now is not getting an album out before the warmer months. These are serious summer-time tunes and it’d be a fair coup to strategically release something in the springtime. While this performance lacked a bit of the spark of previous outings, with a little persistence, and any luck, these four will be sound-tracking our next summer.
Posted by Samson at 1:23 AM No comments: