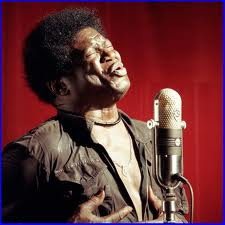 “My Mamma always told me, ‘You’ve got a sweetness in you, you’re a very gentle human being. Of all my kids, you’re the gentlest and the kindest, but be careful ‘cause they’re gonna eat you up out there, ‘cause you’re just like a lamb,” says Charles ‘The Screaming Eagle Of Soul’ Bradley down the phone line from a freezing New York City. “And she always told me that ‘cause I could never try to hurt nobody... It’s like if I had a piece of my bread and I see you’re hungry, I give you a piece of my bread.” And to an extent, Bradley’s mother was right – his life has not been easy.

Bradley grew up on the tough streets of Brooklyn in the 1960s. Around 1962, his sister took him to see James Brown and, he says, he instantly knew he wanted to be an entertainer. He got off the streets by entering Job Corps (an initiative helping underprivileged youths into employment) and landed in Maine where he learned to cook. It was here that he initially got a band together but his bandmates were drafted into the Vietnam War and Bradley was forced to move to Wassaic, New York to cook for 3500 people a day in a hospital for the mentally ill. He stayed in this role for nine years before making his way, gradually, to California, where he lived and worked as a chef for 20 years.

Though Bradley sang and performed in various neighbourhood bands and picked up small gigs throughout his time in California, his ‘break’ wouldn’t come until much later. Laid-off from his job of 17 years, he decided to move back to NYC and took up handyman work to free himself up in the evenings so he could perform.

Here, he met with mild success performing a James Brown routine under the moniker ‘Black Velvet’, and it was at one of these shows that Bradley, in his 50s, was discovered by Gabriel Roth of soul label Daptone Records. “Now at my age, I was completely shocked,” Bradley says. “It was at my giving up point and things just... I just can’t believe I got to this point, it just kinda happened over night. I travelled all around the United States searchin’ for my dreams.” But when I offer that maybe he’s finally found that pot of gold, he’s not so sure. “Everybody says that, I’m not really that sure yet see. I just found my open door and I’m just pushin’ in and tryin’ to show them all the love that I am and the person that I am and keep beggin’ for this opportunity and reachin’ out to the world and let them know that hey I’m for real. I ain’t playing y’all, ladies and gentlemen, I’m just tryin’ to give the love of me... I got this opportunity to show love and give love.”

In some respects, for Bradley to find success later in his career after working hard all his life, the recognition of his talent must have been all the sweeter. “It’s bittersweet sometimes,” he says. “I’ve been lookin’ for this opportunity my whole life. I been on my own since I was 14 years old. I’ve been searching for my music a long time. It’s just one thing I’m really holdin’ on to it and keepin’ on doin’ the best I know... I just kept my mind and heart and soul clean y’know. I want this chance and I want to be able to give it with the honesty of myself.”

His impending visit to Australia with band The Extraordinaires, will see him take the stage at Golden Plains Festival. When I relate that fellow Daptone Records soul sister Sharon Jones has been responsible for one particular festival defining performance at the same venue for (Golden Plains’ sister festival) Meredith in 2010, his excitement levels double. “I was shocked by attracting so many young people,” he says of his wide audience. “I thought I was doin’ it for a much older audience. I got young peoples, old peoples, middle-aged peoples comin’ to watch me... Anybody who really love music and listen to the music and listen to the lyrics and that’s what they’re comin’ to me for.”

He goes on to say that he’s doesn’t necessarily adhere to the thinking that it’s soul music as a ‘genre’ that allows this broad appeal. For Bradley, if the music comes from the soul and is of the soul then that’s all that matters. “When, you know, you got it goin’ down and you go out there and reach people’s soul, they feel it in the love in their heart and they know it and they relate to it. It’s not about any label you can give it – soul music, rock music, country and western music – but if you’re givin’ somethin’ that human souls can share and know it’s for real, it don’t have to have a label. You have to open up to the audience and let the audience know who you are. You’re not talkin’ to a machine on stage, you’re talkin’ to a human being. And the human being is lettin’ you feel the way you feel in your heart and sharing his heart or her heart with everybody. You look inside their heart and say ‘wow, that person’s not a bad person’.

“I have nothin’ to hide,” he says when asked if he ever feels exposed through the honesty of his music. “It’s nothin’ but the spirit that you feel inside, to tell you the truth.” And how he got labelled The Screaming Eagle of Soul? “Sometimes when I get on stage and the spirit hit me and I can’t find no words to say and it hurts so bad, so sweet and sad, I don’t know what to say so I just scream it. That’s the truth there man. When things hit me and it’s so good and it’s so sweet and you just can’t say the words, there’s just no words in my vocabulary that’s strong enough to taste that sweet as what I’m feelin’ in my heart right there, I just scream it.”